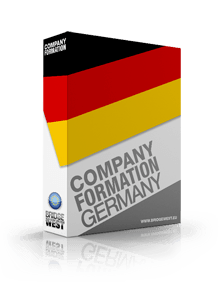 Taxation of Dividends in Germany 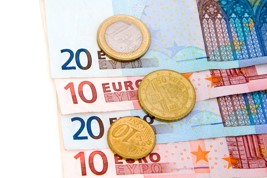 The taxation of dividends in Germany is subject to a 25% withholding tax, however, this is reduced to zero percent when the dividend payment qualifies as one of the situations in which the EC Parent/Subsidiary Directive applies.
Our team of agents who specialize in company formation in Germany presents some of the most important details about the withholding tax applicable to dividends and how companies can benefit from the applicable reductions.

The withholding tax is a retention levy imposed under the income tax system in Germany and is paid by the payer of the income, not by the recipient. As such, the amount of money due is withheld or deducted from the income that will be given to the recipient.
Germany imposes withholding taxes on the following types of incomes:
Both local and foreign citizens and companies can be applied the withholding tax on dividends and other types of incomes in Germany.
The following types of entities can be subject to the dividend tax in Germany:
It is important to make a distinction between the dividend tax paid by residents of countries that have and states that do not have double taxation agreements with Germany, as this aspect influences the rate applied upon the payment of the tax.
If you want to open a company in Germany and need assistance, you can rely on our local specialists.

The taxation of dividends in Germany is part of the country’s overall taxation regime. The taxable income of a company is determined according to its profit, minus the deductions available in the country. In cases where Germany has signed a double tax treaty with another jurisdiction, dividends, interest, and royalties can be taxed at a preferential, reduced rate. Germany has a broad tax treaty network and has signed more than ninety such treaties over the years. In general, the reduced dividend withholding tax rate under a treaty will be 15%, 10% or 0%. With some countries, it is higher while with others it is lower and we do recommend consulting with one of our German company formation agents to find out more about the specific provisions included in a tax treaty with a certain jurisdiction.
Foreign business owners in Germany need to observe the taxation rules in the country. Dividends are included in a special list of taxable income and in general dividends received by German companies or branches of non-resident companies are exempt from the corporate income tax irrespective of the duration of time for which the participation in the subsidiary has been held. When the shareholder is a corporation, the dividend income tax is tax-free under the specific Directive. However, five percent of the dividend income is included in the taxable income as a non-deductible expense. For the remainder of the 95% to be considered an exemption, the shareholding needs to be in a percentage of at least 10% of the share capital at the beginning of the calendar year (meaning that the minimum 10% acquisitions need to have taken place at the beginning of the calculated year). This exemption is not granted for the following types of companies in Germany:
Irrespective of the situations described herein, the exemption does not apply if the dividend payment was treated as a deductible type of expenses at the level of the company making the distribution. This rule supersedes any other different provisions that may be included in a double-tax treaty. One of our agents who specialize in company registration in Germany can give you more information about this “anti-hybrid rule”.
When the shareholder is a partnership, only 60% of the dividend income is added to the annual gross income of the partner while re rest 40% is tax-free (participation exemption). This means that only 60% of the expenses that are connected to the dividend can be deductible.
When the shareholder is an individual, the dividend payment is subject to a 25% withholding tax to which a solidarity surcharge of 5.5% of the due tax applies. In this case, if the withholding tax rate exceeds the marginal income tax rate for the said shareholder, then he may choose to report the dividend payment in the income tax return.
The 95% exemption can also apply to dividends received from non-EU resident companies, however, in this case, a minimum shareholding of 15% is required from the beginning of the calendar year in which the distribution is made (and when the subsidiary fulfills a number of activity requirements). However, for non-EU legal entities, the tax treaty provisions will prevail in most cases. Investors can request specialized tax assistance.

Requirements to withhold the tax on dividends in Germany

Generally speaking, German companies are required to withhold the tax on dividend payments of other distribution of capital gains no matter if the recipient is a local or foreign shareholder. The standard rate of the withholding tax on dividends is 25%, however, it can be reduced under Germany’s double tax conventions.
When the recipient is a German company or a foreign company operating through a permanent establishment here, the dividend tax can be offset against the corporate income tax upon filing the income taxes with the German tax authorities.
When the recipient is a non-resident company, it can also benefit from a refund from the dividend tax of 2/5ths of the tax paid from the Federal Central Tax Office, thus obtaining a significant reduction of the effective tax.
No matter the case, the reduction or exemption from the dividend tax in Germany is subject to meeting specific requirements.
There are also a few exceptions where the German dividend tax does not apply. Among these are:
The last situation also applies to holding companies in Germany which must prove that the through the nature of their business the dividend tax would exceed the corporate tax paid usually.
If you want to set up a company in Germany and need assistance, our specialists are at your service for support during the entire registration procedure.

The German withholding tax on dividends

The withholding tax rate on dividends in Germany is 25%. To this rate, a solidarity surcharge is applicable bringing the total amount to 26.375%. Non-resident companies in Germany can benefit from a refund for this tax if they qualify for this exemption and if they do, the refund value can be of 40%. The said refund is conditioned by the company following the anti-abuse rules.
The effective reduced withholding tax rate for non-resident companies that are not subject to any treaty is 15.825% but it can be lower if Germany has concluded a double tax treaty with the jurisdiction in which the company that receives the dividend payment is located. In order to determine if your company is in a treaty or non-treaty situation, you can reach out to one of our agents who specialize in German company formation.
Because Germany is a member of the European Union it observes the provisions of the Parent-Subsidiary Directive. According to this rule, the withholding tax can be reduced to 0% if the dividend payment is distributed to an EU shareholder that owns at least 10% of the capital of the company that makes the payment, at the date the payment is made. Moreover, the shareholding company must have held the shareholding in the other company for at least 12 months. In order for the decision to be applicable, the payment must be a non-refundable one for the subsidiary. The company making the distribution can apply the zero percent tax only when the parent company possesses and presents an exemption certificate issued by the Federal Tax Office before the said payment is made. When the certificate is not presented in due time, the withholding tax is refunded by the Federal Tax Office following an application.

Germany imposes a taxation system based on the company’s residence. A legal entity is considered a resident if it has a registered office or place of management in the country. The standard corporate income tax in Germany is 15% to which a solidarity surcharge applies. Apart from the corporate income tax and the withholding taxes on dividends, interest and royalties, other taxes for companies in Germany include the municipal trade tax, the value-added tax, the trade tax, social security contributions or the real estate transfer tax.
The other taxes rates that need to be paid in Germany:
Certain business expenses can be deductible for tax purposes. One of our specialists in Germany can help you with tax minimization and tax compliance in the country.
Contact our company registration consultants in Germany for more information about the taxes on dividends, overall taxation in the country, signed double tax treaties and other rules regarding company formation and management.
Request Price
Request Call Back
Free Case Evaluation

Meet us in Germany


Marco Rössel is a Partner at Liesegang & Partner and an experienced Attorney at Law. He is specialized in commercial and corporate law and can help you open your company in Germany as fast as possible. 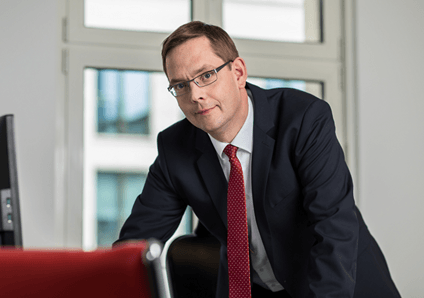 Call us now at +49 69 71 67 2 67 0 to set up an appointment with our company formation experts in Germany. Alternatively you can incorporate your company without traveling to Germany.

As our client, you will benefit from the joint expertize of local lawyers and international consultants. Together we will be able to offer you the specialized help you require for your business start-up in Germany.